In the UK our climate is I’ll think you’ll agree extremely varied. One minute its almost freezing and throwing it down with rain, a couple of days letter the temperature can be in the mid-teens and sunny. Compared to the rest of Europe and the rest of the world in Britain we have a rather basic attitude to vehicle tyre safety. While we do have laws around tyre tread depth which are very important for safety we don’t have laws around specific tyre compounds. In other words, the vast majority of cars in the UK are driving around on summer rated tyres. Which for a country that generally experiences a relatively short period of true summer temperatures its rather odd. So with this post, I wanted to discuss the best tyre options for cars towing caravans and campervans/small motorhomes.

We are located on a hill in the Staffordshire Moorlands, therefore over the winter months, we can get more snow than other locations. Its one of the reasons I close Horton Common at the end of October until the start of March. Last year I decided I wanted to change my car tyres.

They were a cheap summer rated tyre, and while my car is four-wheel-drive I had experienced poor braking/steering performance in cold wet weather.

Before I make any significant purchases I like to do lots of research. I started to contemplate the idea of running a set of winter and summer tyres. However, this then made me start asking more questions. Such as when is the ideal time to change from winter tyres to summer tyres?

Introduction to the Best Tyres for Tow Cars and Campervans

Ok, so first off you may be wondering why I’ve not included motorhome tyres into the title of this post? Well, because ‘spoiler’ with this post I’m going to be talking about the benefits of some specific all-season tyres.

Now, these tyres can be purchased and used safely on some motorhomes with the correct load index rating. However, some motorhomes are recommend to use only specific ‘light commercial’ tyres branded ‘C’ or ‘CP’.

If you own a motorhome and you have no idea what I’m talking about with regards to tyre load ratings I would very much encourage you to read this document produced by Tyre Safe.

Winter Tyres and Summer Tyres – What is The Differences Between Them??

As I stated earlier in this post, most cars, and therefore tow cars and campervans in the UK are fitted with summer tyres. Summer tyres are produced from a high-density rubber compound. They excel in dry braking conditions.

Hence it provides more grip, which can obviously also help out in the snow. The problem with winter tyres is their softer rubber compound wears out quickly on warm/dry tarmac.

Hence, to provide safe handling and braking in both summer and winter conditions, no vehicle should have just summer or winter tyres. But owning both summer/winter tyres adds additional cost, time and effort to swop over the tyres etc. What about all-season tyres?

The Improved Development of All-Season Tyres

I remember several years back I was reading an extensive report on various car tyres carried out by one of the car magazines, I think it was Autocar. They concluded that the all-season tyres they tested just didn’t match up well in performance to true winter or summer tyres.

Hence, I formed the perception of all-season tyres as being a”Jack of all trades, master of none”. However, when I chose to change over my car tyres last year I started to read reports that within recent years the development of all-season tyres has come along way.

There was one specific tyre (which I now have fitted) which stood head and shoulders above the rest, the Michelin CrossClimate.

Now, I’ve been wanting to write this post for a while on the benefits of Michelin CrossClimate tyres. However, there just wasn’t one video which could demonstrate why its such as good tyre for the UK climate until now.

The video below is from the website Tyre Reviews.co.uk. If you want to learn why the Michelin CrossClimate is I believe currently the best tyre for tow cars and campervans on UK roads I’d encourage you to watch it.

So after watching the above video, you should have observed just how well all-season tyres suits the UK climate. The Presenter in the video above did conclude a summer and all-season set of tyres is the ideal option for the UK.

However, tyre swopping in the UK through the seasons is not currently in our culture. You also have to have sufficient space to store the additional set of wheels and tyres.

Therefore, I think as a result if you are going to purchase just one set of tyres for your tow car or campervan the Michelin CrossClimate are currently the best option out there.

Why are All-Season/CrossClimate Tyres Particularly Important for Tow Cars and Campervans?

I believe the above wet/cold/snow performance of all-season and CrossClimate tyre benefits all cars. However, I think they are an even important consideration for tow cars and campervans.

Why? Well, let’s think about the role/use case of campervans and tow cars. Think about gross vehicle weight and gross train weight. A campervan is essentially a fully laden van, hence with more weight the braking distances of a vehicle is increased.

Therefore in anything other than warm dry conditions an all-season or CrossClimate tyre is going to reduce your braking distance over a summer tyre.

When it comes to tow cars its about the gross train weight. While your caravan brakes will help to slow you down, its still your tow car doing most of the braking. And the braking performance of your tow car as you can see above is massively influenced by the type of tyres fitted to your tow car.

With the additional weight of the caravan behind you under braking, you want a set of tyres which have a better chance of stopping you before a collision takes place.

Furthermore, its important to remember, its not just braking performance which is improved. Your ability to steer and quickly avoid obstacles is also heavily influenced by the type of tyres fitted to your tow car or campervan.

Conclusions on the Best Tyres for Tow Cars and Campervans

This post has obviously been a bit different, focusing on the best tyres for your tow car apposed to your caravan. On the subject of towing you may also be interested in my post on the best towbars. Obviously from my comments above, if you are only going to have one set of tyres on your tow car I would very much encourage you to consider a set of Michelin CrossClimate.

Finally, I would encourage you to read my post on the best tyre pressure monitors for caravans or 2WD vs 4WD tow cars. I also have a post on what I think are the best cars for towing a caravan, is diesel still a better option over petrol etc? 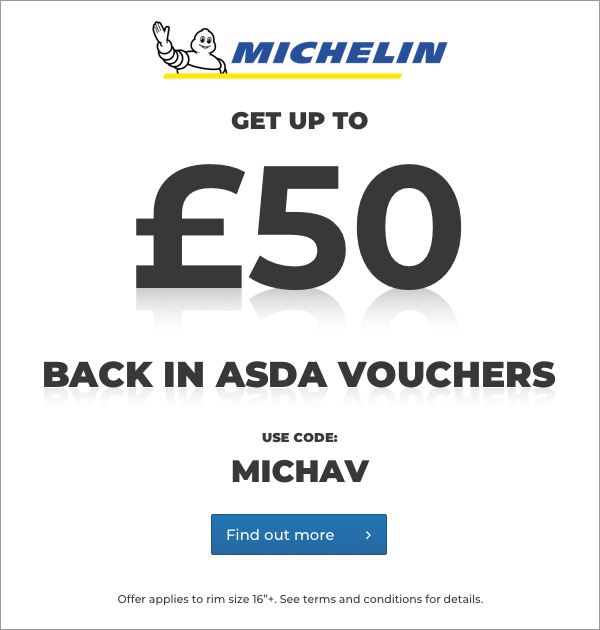