At Horton Common, due to our elevated location, we have amazing views over the Staffordshire Moorlands and Peak District National Park. What that does mean, however, is some of the routes to our site are pretty steep. I do provide details on the best route to our site. However, when our guests just trust their Sat Nav it can take them up some very steep roads (17% incline). I’ve had conversations in the past with our motorhome guests on the topic of engine remapping. To provide more power while travelling up steep roads for instance. You can get a motorhome remapped and it should provide more power. However, it does also come with some risks as well.

Motorhome engine remapping will effectively replace the standard map by Fiat, Ford or Mercedes and adjust how much fuel is injected and when. That’s denpendant though on the condition of your fuel filter. Depending on the company/product you use the change will either be permanent to temporary. There are a lot of things to consider before you make a decision to have your motorhome engine remapped. Hopefully, after reading this post you will have more information for you to consider if remapping your motorhome engine for more power is a route you want to take. If you have the time to read the whole of this post great. If not please feel free to use the Table of Content below. 🙂

I and my father do quite a bit of work on our own cars, replacing brakes etc. I also own a cheap little Bluetooth OBD2 reader. When I’ve had engine warning lights come up on the dashboard in the past I can plug that in and it tells we whats going wrong. Recently my EGR (Exhaust Gas Recirculation Valve) was having issues. The OBD2 reader told me what the issue was, I was able to take it off, clean it up with some carb cleaner. I then reset the code with the OBD2 reader, problem sorted. The point is I know a little bit about cars/engines etc. Engine remapping through the OBD port is something I’ve been aware of, but I’ve never done.

As I stated at the top of this post, I have had motorhome guests say to me they are considering having an engine remap done to give them more power etc. Like I say, I’ve never had it done to any of our engines so I can’t speak from experience. But when I have read about it there did appear to be risks along with the rewards. Therefore, I thought I would do a little bit of research and I found this video from Practical Motorhome. I thought our guests/readers will probably find it interesting on the topic of motorhome engine remapping.

The Difference Between Horsepower (HP) and Torque (Nm) in a Motorhome

So first I think there is an important differentiation that needs to be made between power (HP/BHP) and torque (Nm). The power rating of your motorhome engine (horsepower/brake horsepower) is a factor in acceleration once you are already moving and up to speed. Let’s say accelerating from 30MPH to 60MPH. Torque is that low down/low RPM grunt that deisel engines are known for. Hence, the energy required to get your motorhome moving initially and accelerating up to 30MPHM.

For instance, the scenario I described above at the start of this post about driving up a steep hill. Well, its very unlikely you are travelling up that hill in your motorhome at 30+ MPH, you are probably crawling up there around 15MPH. That is where an motorhome engine remap providing more torque will help. However, let’s say you are trying to join the motorway and you are accelerating from 30MHP to 60MHP, well thats where an increase in BHP will help. To explain the difference better I would encourage you to watch the video below.

The Benefits of Motorhome Engine Remapping

So the benefits are pretty obvious. Done well a motorhome engine remapping should provide you with both more power and more torque. As shown in the video above on the difference between power and torque, their curves will be changed. Therefore you should notice a difference when driving along in the motorhome. The point being as Dave references in the first video, so not to waste fuel at times when that additional power/torque is not needed you should let off the accelerator.

Many of the remapping companies online not only claim to provide more power and torque but also an increase in MPG (miles per gallon). This one has always thrown me, how can you get more power and reduce fuel consumption? So looking into abit more, its relative to the situation at hand. So under normal driving conditions (not with your foot flat down), you should have more torque at a lower RPM. Hence, your engine should not need to be going quite as fast to get you moving. However, when your foot is flat down and you get that significant increase in torque and power you will be using more fuel than before. So with a motorhome engine remap/chip you will not see a benefit in increased MPG if you drive the same as before you had the conversion done. It will require a change in driver behaviour to see gains in MPG.

The Risks with Motorhome Engine Remapping

So its important to consider the point raised by Dave in the first video. Manufacturers such as Fiat, Ford and Mercedes spend multi-millions of pounds on engine development. Hence, surely their engine maps are as good as they can get? Well, you need to remember they are designing those maps for a base vehicle which has to deal with a huge range of scenarios and applications. In some instances the vehicles will be covering hundreds of thousands of miles, so the engine and other components need to take that wear and tear.

More power and torque going through the clutch may reduce its lifespan, and clutches are not a cheap item to repair. In many instances, it involves completely removing the engine from the vehicle etc. So you do have to consider if the potential risk of premature parts failure due to the remapping is worth it. You also have to consider that having a motorhome engine remapped may invalidate your warranty.

Now, if I owned a motorhome and I was considering an engine remap this would be my biggest concern. As I referenced above ‘diesel-gate’ has completely changed the landscape with public and government attitudes towards diesel engines. While electric tow cars for caravans are slowly becoming a reality, there are no electric motorhomes on the horizon just yet. However, the government is getting more strict on the emissions from diesel engines. Hence, MOT tests on emissions are set to keep getting stricter.

Now, there is only so much you can do for an existing motorhome engine with regards to emissions. However, in order to pass your MOT its going to have to produce emissions very very close to those provided by the manufacturer. I don’t know this for a fact (and Dave above in the video doesn’t know) but I would suspect that under MOT test conditions a remap may produce more emissions, and hence may fail an MOT test.

Tuning Boxes Instead of a Full Motorhome Engine Remap

Therefore, considering the points above, particularly on the concerns around an MOT failure on emissions I think you would have to be pretty brave to have a full/permanent engine remap on a motorhome. The alternative as Dave shows in the video above is to try a tuning box. These boxes do not connect directly to the engines ECU through the OBD connection, they plug into the fuel rail sensors.

Now, these tuning boxes come with all the same risks as a full engine remap on a motorhome. It may increase wear on the clutch, your motorhome may even fail its MOT. However, the big difference is this is a temporary modification. You can always remove the tuning box if you found it was causing problems or your motorhome failed its MOT.

In the above video, Dave states that he did find improvements when he fitted a tuning box to that particularly motorhome and the MPG increased from 29 to 32. Unfortunately, they have removed the sticker off the tuning box so its not clear whos product that was. However, I understand why they did that. The results and improvements they found may not be experienced by others. They don’t want to take on the liability of recommending the product etc.

So where does that leave us? Personally I do have confidence that a remap or tuning device/chip could provide a motorhome with more power and torque. It may even provide you with an increase in MPG. However, that will be highly dependant on driver behaviour and how heavy your right foot is. Are the benefits worth the potential risks? I’m not sure. That’s only something an individual can decide. If you don’t cover huge miles in your motorhome a small reduction in clutch life would not impact you. The benefits of the increased power and torque may be significant to you. The risk to your vehicle warranty is something you will definitely want to investigate further. And while you’re at it, ring up your insurance company. Ask if they have any concerns, as you will have technically modified the vehicle.

That’s it for today, I hope you found this post on motorhome engine remapping worth reading and it gave you feel your motorhome is underpowered you may be considering an engine remap. I also hope you consider coming to visit us here at Horton Common in the near future to experience our hardstanding fully serviced pitches. 🙂 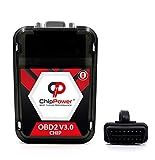