When you’re getting your caravan ready to go off on your travels most people have a long list of items they want to take with them. There is obviously your clothes for the trip, however, many people also want to bring them lots of other leisure items. Such as bikes, BBQ’s and other similar items. Every caravan has its own legal user payload limit that you must keep at or under. However, many caravanners don’t appear to be aware that items such as caravan motor movers, solar panels, self-levelling systems, air conditioning units and even your leisure battery all need to be deducted from the caravans user payload. Therefore, the more ‘optional extras’ you have on your caravan the lower user payload allowance remaining for your essential items.

So with this post, I thought I would run through some examples. First, I’ll discuss what are the typical weights of some of the optional extras on a caravan. I’ll then discuss some typical caravan user payload examples of single and twin/double axle caravans.

I would encourage you to read the whole post. However, if you’re in a rush you can use my Table of Contents below to jump to a particular section you may be interested in. Enjoy 🙂

I’ve written quite a few posts now on the general weight of caravans, nose weights and how a caravan should be properly loaded. However, I’ve only previously briefly touched on the specific topic of user payloads.

In the simplest terms, the user payload will include your personal items. Those items which are not regarded by the caravan industry as ‘Essential Habitation Equipment’.

Put as simply as possible there is a final legal weight figure your caravan must be below, its MTPLM or Maximum Technically Permissible Laden Mass. Each caravan is also given another figure called the MRO/MIRO or MRO, which stands for Mass in Running Order.

Your caravan user payload is the weight remaining once you deduct the MRO figure from your caravans MTPLM figure, got it? Don’t worry if you don’t I’ll be going through an example below.

However, first to start to get to grips with the weights of various items which will need to be included in your caravan user payload I would encourage you to watch the video below from Practical Caravan:

After watching the video above presented by John on caravan user payloads, I hope it has made you think about the various items fitted to your caravan and those that you take with you.

John provides a few examples of the different weights of items. Below I wanted to summarise the typical weights for the what are seen as ‘optional’ and not ‘essential habitation equipment’ by the caravan industry:

The Weights of ‘Optional’ Equipment

Please note the weight ranges below are just typical examples:

What I hope the differences between the figures above illustrate is how much of a compound effect on the caravan user payload your choices of products can make.

For instance, if you owned each of the lowest weight equipment options above that would be the total weight of 66kg compared to 118kg for the heavest products!

Now, many people (including your caravan insurance provider) wouldn’t include wheel clamps and hitch locks as ‘optional’. However, this is just a small example of the types of possessions people forget about when it comes to their caravan user payload calculations.

So on caravans before 1999 the weight plate would show the ex-factory weight. This is didn’t include the weight of gas bottle for instance or any water in the caravans water heater or onboard storage tank. That’s obviously not a ‘real world’ starting point for a caravanner to calculate their user payload.

Therefore, in 2011 the regulations changed. The starting point for the caravan’s weight was not ‘ex-factory’ but was stated as Mass in Running Order (MRO). This weight included the weight of the gas bottles and the presumption the onboard water tank was 90% full.

However, the regulations changed again in 2015 to allow the manufacturers to discount the weight of water in the caravan hot water heater and onboard storage tank. The caravan manufacturers were given a choice whether to add water into their MRO calculation, and then state whether its included.

As you would imagine, most of the caravan manufacturers choose not to include water into the MRO calculation as it means the user payload figure presented a higher.

What is Essential Habitation Equipment?

So the essential habitation equipment includes the weight of items that should be on every caravan, therefore their associated weights are not part of the user payload.

So the gas bottles and water in the caravan (if chosen by the manufacturer to be included in the calcs) is essential habitation equipment. But what about the leisure battery, surely that’s essential?

So, the size and type of leisure battery you choose can make a big difference. For instance, if you do have a motor mover fitted as previously referenced that has to also be discounted from the user payload. Well, most manufacturers of motor mover recommend a 100ah leisure battery.

Therefore, a heavier leisure battery than may be fitted as standard, hence an even bigger impact on the remaining caravan user payload.

Ok, let’s look at an example of the user payload on a small single axle caravan available in 2019. A lot of our guests to Horton Common own Bailey caravans, so that’s as good an example as any. For this example, let’s review the payload calcs for a Phoenix 420:

The Bailey Phoenix 420 has an MPLM of 1,161kg and MRO of 1,044kg. Therefore the user payload is the difference between these two figures at 117kg. Now, your average single axle caravan will be closer to 150kg, but let’s keep working with the Phoenix 420 with a user payload of 117kg.

For this example, let’s deduct a 100ah leisure battery (25kg), then a lightweight motormover (20kg) and a lightweight wheel clamp (4kg) and hitch lock (3kg). The above items are what I believe our average guest would interpret as essential.

So in that remaining user payload of 65kg, you still have a lot of possessions to consider. Therefore, let’s keep going with some typical items you would take with you in the caravan.

We now have 34kg of the user payload remaining for clothes, chairs, potentially a BBQ, maybe an awning etc. The point being, you do need to keep track of the items you have stored within the caravan and their weights.

Obviously, with larger single axle caravans, you have a higher payload available, and even more payload with a twin axle. The most important point, no matter what size of caravan you own is to never exceed the MTPLM weight figure.

Can you Get Extra Caravan User Payload?

Well, if you notice from the information above on how the MRO figures are calculated they have to include the weight of the gas bottles. If the caravan was supplied with two 6kg Calor gas bottles for instance that provides an opportunity to gain a few kgs in user payload.

For instance, you could swap to a pair of lightweight Flogas Gaslight bottles and save 6kg (3kg per bottle) or similar for a refillable Safefil gas bottle.

Getting a ‘Plate Upgrade’ for Your Caravan

There is also the process of trying to get a ‘plate upgrade’ for your caravan. Some caravans are given an MTPLM figure below what the chassis is capable of. The reason being, the manufacturers are then able to market that caravan to caravanners who have tow cars with a more limited towing capacity.

However, if your tow car’s capacity exceeds the MTPLM figure you may be able to get the manufacturer to up the rated MTPLM to the full capacity of the chassis.

Now you could try and weigh each of your possessions individually to try and work out if you are still within the user payload of your caravan. However, that’s much easier said than done. In my earlier post on how to load a caravan I discuss how you can find out where your closest public weighbridge is.

It is a legal requirement for the weight of your caravan to be under its MTPLM figure. However, you are immune from prosecution on your way to the public weighbridge. I would also encourage you to read my post on how to weigh a caravan.

Each caravan is different, and you need to read the weight plate on your caravan to find the MTPLM and MRO figures to calculate your specific user payload.

If you are going to exceed the user payload with a full list of the contents of the caravan, its much easier to work out what you regard as essential and optional. If you are still over the user payload figure its probably time to start thinking about a bigger caravan or car.

I hope the information above gave you the information you need to calculate your caravans user payload. I also hope you consider coming to visit us here at Horton Common in the near future. 🙂 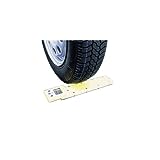 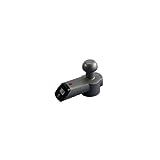